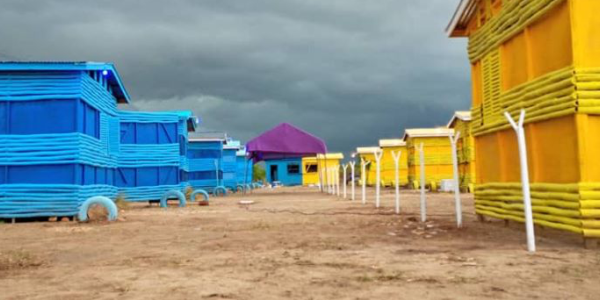 After giving us an exclusive first look at the film through a BTS documentary at the first edition of GhMovieCon, Peter Sedufia and hi OldFilm Productions have finally released the official trailer for the much anticipated ‘AloeVera’ ahead of its March release.

In “Aloe Vera”, two families in a community separated by a fierce battle over the chicken and the egg and which of the two came first, must find ways to coexist without crossing over to each others side. But what happens when the children of these families fall in love?

Ghanaian rapper and singer, Worslasi takes on another challenging task providing original music and sound scoring for the film, after the amazing work he did on Peter’s Keteke in 2017.

Peter Sedufia is credited with directing and producing the critical acclaimed “Keteke” and the chick flick “Sidechic Gang” which are both currently available for streaming on Netflix.

‘ALOE VERA‘ premieres on the 6th of March at Silverbird Cinemas Accra Mall and West Hills Mall (where the red carpet would be held). With tickets selling at 50ghc and showing times at 5pm, 7pm and 9pm.