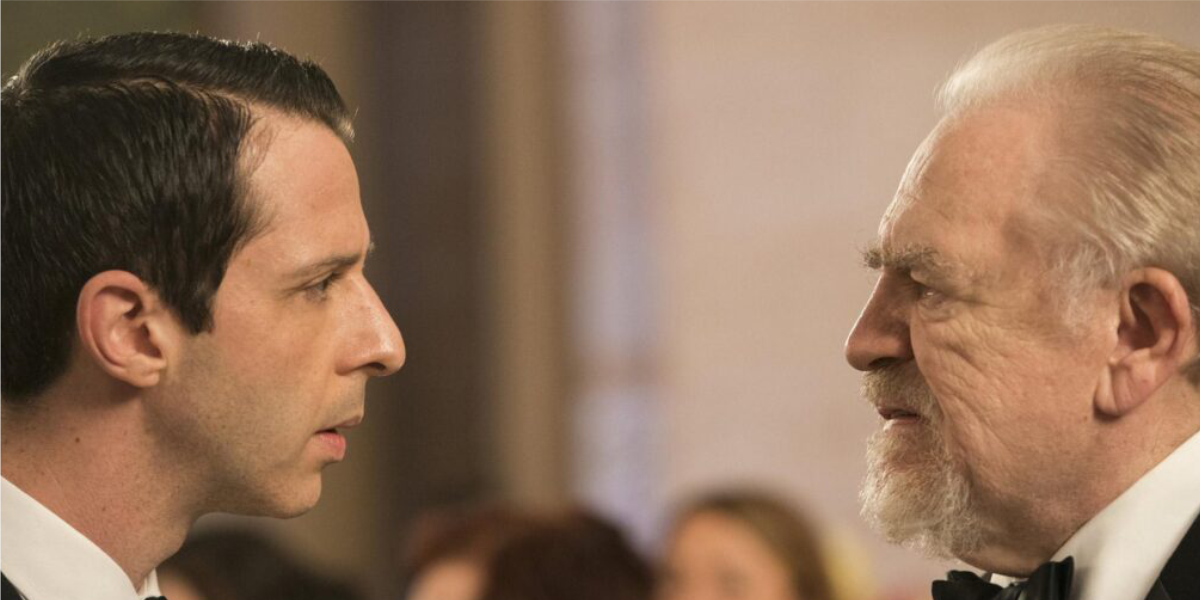 The Drama intensifies in the 3rd season of ‘SUCCESSION’ as Logan (Brian Cox) and Kendall (Jeremy Strong) scramble to find both political and financial alliances.

Like the dysfunctional family, we have come to know from the last 2 seasons, the Roy’s are nowhere near becoming a normal family yet.

Season 3 leaves you asking yourself some more times “Is it worth it being a Roy?”. Well beyond the perks of opulence and lavish living. Is there any genuine sentiment of love and care amongst the siblings? Or does everyone exist just to because Logan decrees?

Considering how the previous season ended, you would expect that in this season we see Logan losing it all and his empire crumbles fast at his feet. But He shows he’s a man worthy of the fear and reverence he is accorded. He stays calm and is almost on top of every situation living nothing to chance and sparing no one who chooses to bear his brunt or go against him.

Kendall Roy‘s agenda to take over is still on course and even when it seems things aren’t going in his favour he appears to have a plan and has everything under control.

He keeps his resolve at making sure the empire doesn’t crumble and there is at least something left after the battle has ended and the dust has settled. At least proving that he is indeed working with the company’s interest at heart and places that first ahead of family ties and fear of his father and his legacy. It is more obvious now that he is not looking for redemption or revenge but affirming that he is the only person bold enough to go toe to toe with his intimidating father. After all, he was going to be the one sacrificed to take the fall and possibly a jail term for the company’s sins. His motivation to take over is even clearer now but for how long can he keep it together.

But how far are they both willing to go with this family feud?

This season also, we get to see that Kendall can be more like his father than it seems. Even though they come across as opposites, the thirst for power is clear and he too can be very calculative and almost vicious like Logan.

For Shiv (Sarah Snook), she seems to be stuck on the pipe dream of someday actually taking over as CEO as her father had promised her. As much as she tries her best to be the saviour of the day each time there is some crisis she is reluctant to play ball in all matters. Especially when it has to do with things that go against her beliefs. She is fully aware of the company’s flaws and the misogynist tendencies of the men she has to fight through to make it to the top but is she willing to get her hands dirty?

Romelus Roy (Kieran Culkin) on the other hand seems to be keeping it together in this season. “Big picture is made from small details”, he drops this jewel at some point in the season, sort off to re-emphasise why he should be the next in line for the throne. We get to exploit further the dynamics of his interesting sexual and romantic life.

Conor Roy (Alan Ruck) remains the most uninterested of the siblings. He remains mostly on the fence on most issues but won’t hesitate to float his dreams of being the leader of the free world.

At every point, you can’t help but be reminded of the lavishness of the Roy empire. As though the last two seasons weren’t enough to make things already obvious. Everything Roy‘s touch is on a large scale as you would see with Kendall’s no-expense-spared birthday party even in the heat of a battle over the company.

This season also introduces an interesting ensemble of talents as the plot thickens. Emmy winner Alexander Skarsgård joins the fray as Lukas Matsson, a tech mogul who is being courted for investment by WaysterRoyco. Oscar-winner Adrien Brody also makes a guest

appearance as Josh Aaronson another investor who throws a lifeline in for what looks like a sinking empire.

Sanaa Lathan also makes an appearance as a powerful lawyer both sides are trying to hire.

Besides the intensity and obvious clash of egos, this new season of ‘SUCCESSION’ still does remain to be a bit humour ladened. The somewhat mature, dark and brutal humour cuts deep enough throughout the episodes. But it doesn’t water down the drama and the seriousness. After all, this isn’t a comedy. Running a multibillion-dollar empire is serious business. And so is most of the dialogue. Even though it gets a bit too ‘political’ and unrelatable at some points, it still works to keep you interested enough and entertaining.

You are kept right on the edge uncertain of whose direction happenings might be favouring. There is still a lot of fight in all parties involved and it doesn’t seem like things would die out any time soon. But hopefully, by the end of the season, a sure successor would be identified.

After seeing 7 out of the 9 episodes planned for this season, SUCCESSION remains a strong 7/10 stars on my scale.

You can catch the 3rd Season for ‘SUCCESSION’ on Showmax starting Monday, October 18th. If you haven’t seen this show yet, do not hesitate to binge-watch previous episodes here as you await the 3rd season’s premiere.